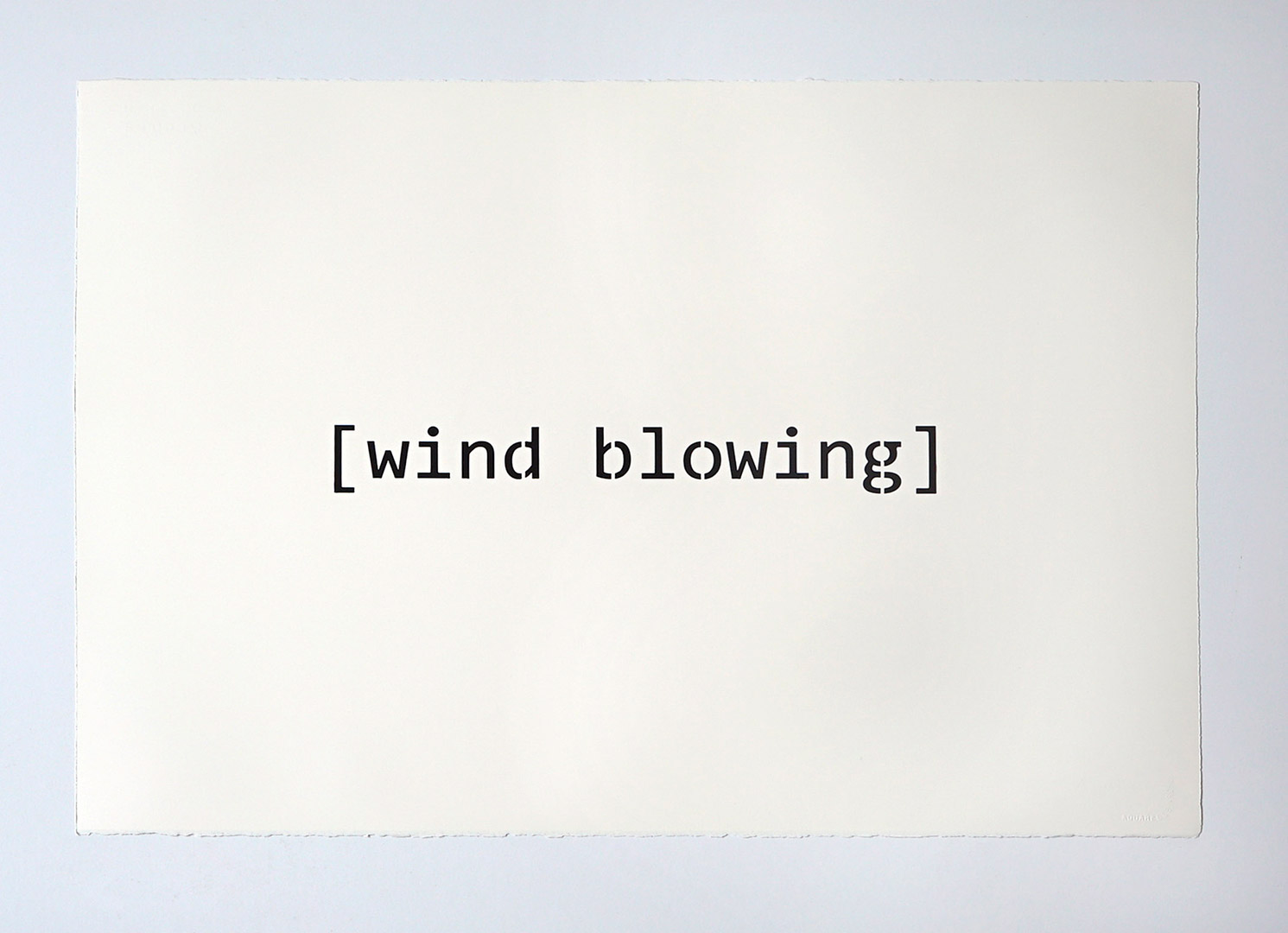 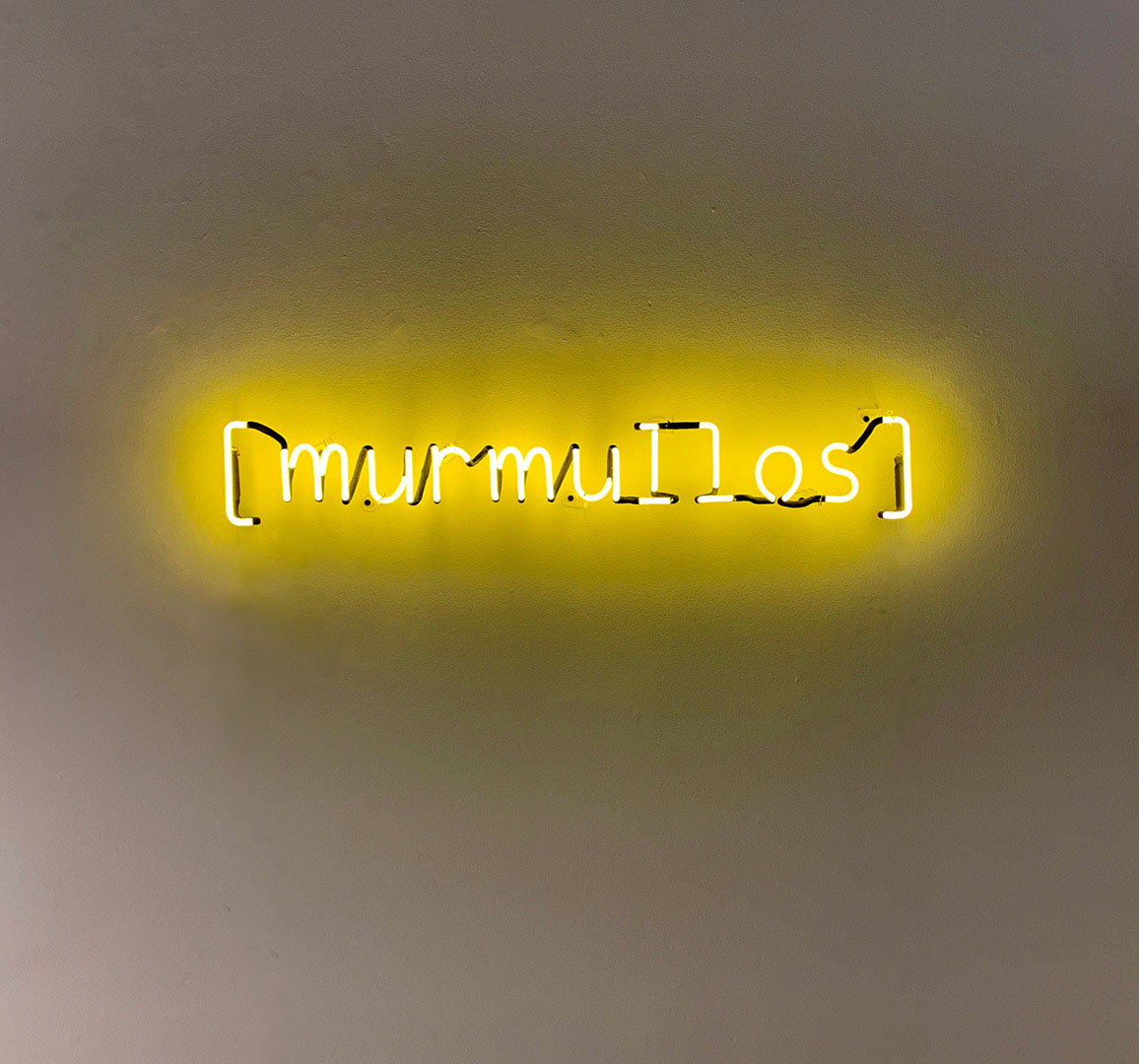 This project looks closely at our impact on nature, exploring what it means to be human in our present technological times.  By employing sound and other cinematic techniques to create a single composition made up of multiple interconnected elements, the viewer is placed at the center of Botero’s investigation.

Drawing from films depicting natural disasters, Botero focuses on details that usually remain unnoticed as she extracts closed captions that describes sounds, which for her speak directly to our experience as humans of the present condition, thus implying an inmate connection between humans and nature. Despite their containment the captions seem to explode in the mind of the viewer, as we each respond internally to the work. Alongside Closed Captions (2019), Botero’s painting’s, Volcan (I and II) (2019), depict a stylized volcanic eruption and dormant volcano. Taken from google images she presents exactly what we might imagine a volcano to look like, thus moving beyond the visual to the pure concept itself. Mirroring the illusion of cinema, her paintings carry a sense of deception due to her graphic style that gives her works the appearance of a virtual image. They are deliberately controlled, perhaps alluding to our desire to control nature through technological means, and consequently she introduces a subtle oscillation between distance and attraction. Additionally, the words “suspiros” and “murmullos” meaning “sigh” and “whisper” are reproduced in neon lighting, exploding soft intonations into powerful states of being, as she insightfully communicates a sense of sombreness, characteristic of the present moment.

Botero fluctuates between different timescales prompting us to move beyond the human. She presents a series of ceramic sculptures moulded from petrified wood, some of which are suspended from the ceiling, alluding to meteoroids, while others sit on the floor of the gallery, grounding them to Earth. Additionally a looping video of a celestial body that gradually appears and disappears draws our attention to the circularity of nature, while the accompanying sound of the earths waves recorded by NASA presents us with the natural sound of existence. Informed by theorists such as Timothy Morten, Jane Bennett, and Donna Haraway, Botero’s practice attempts to move beyond boundaries in order to overcome our anthropocentric desire to consume and defeat. Her extensively researched projects reveal our urge for representation, as she documents her shrewd observations of present situations; her work consistently focusing on details, previously unnoticed, that precisely reveal our current condition. Consequently, despite the absence of humans in her pared down representations of particular environments, one thing that her works all have in common is a strong emotional significance, as she evokes a human presence through the traces that we leave behind in the spaces we inhabit, thus reigniting a sense of connection that has been lost amidst the rapid and irreversible transformations occurring in the world around us, catalysed by technology and industrialisation.