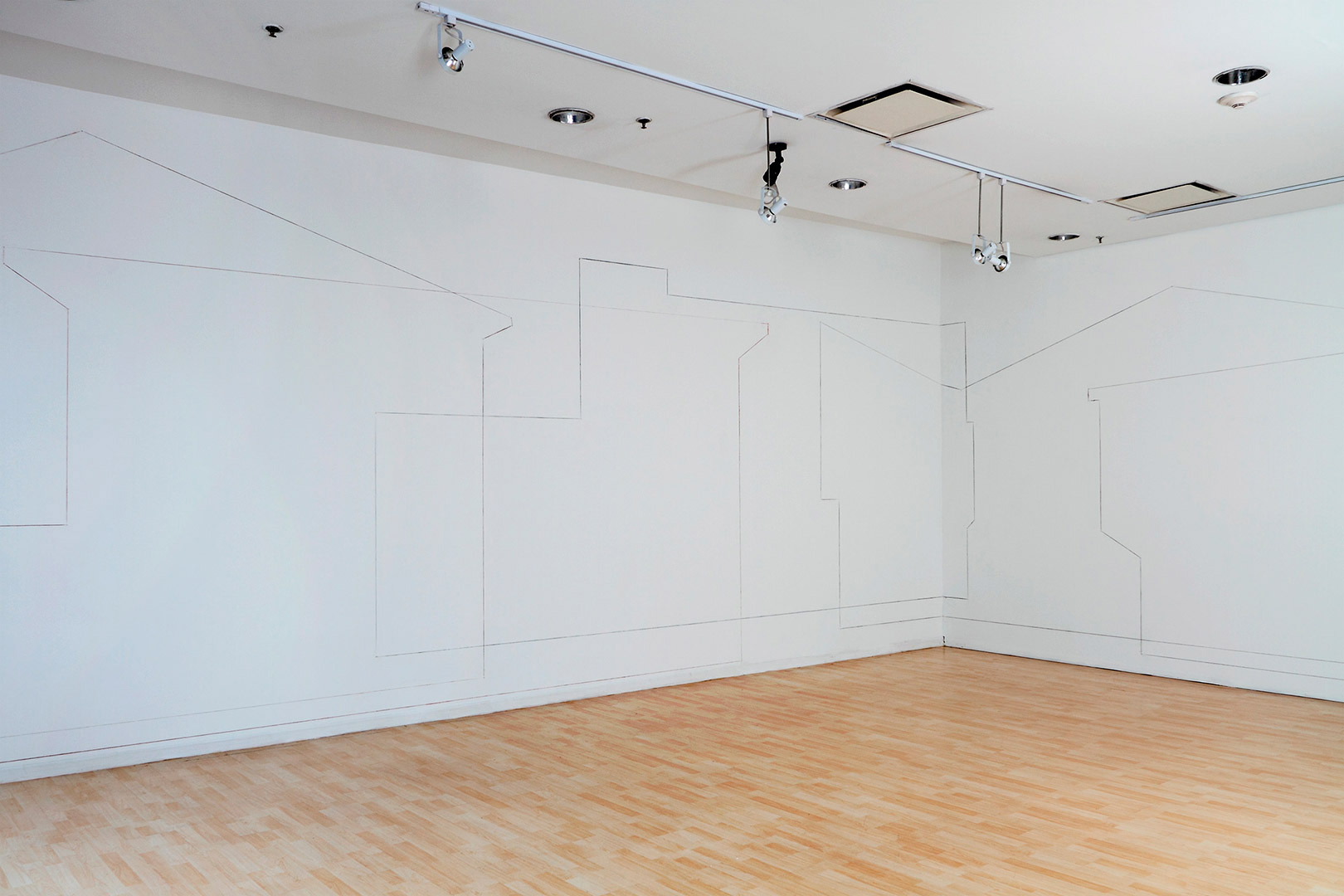 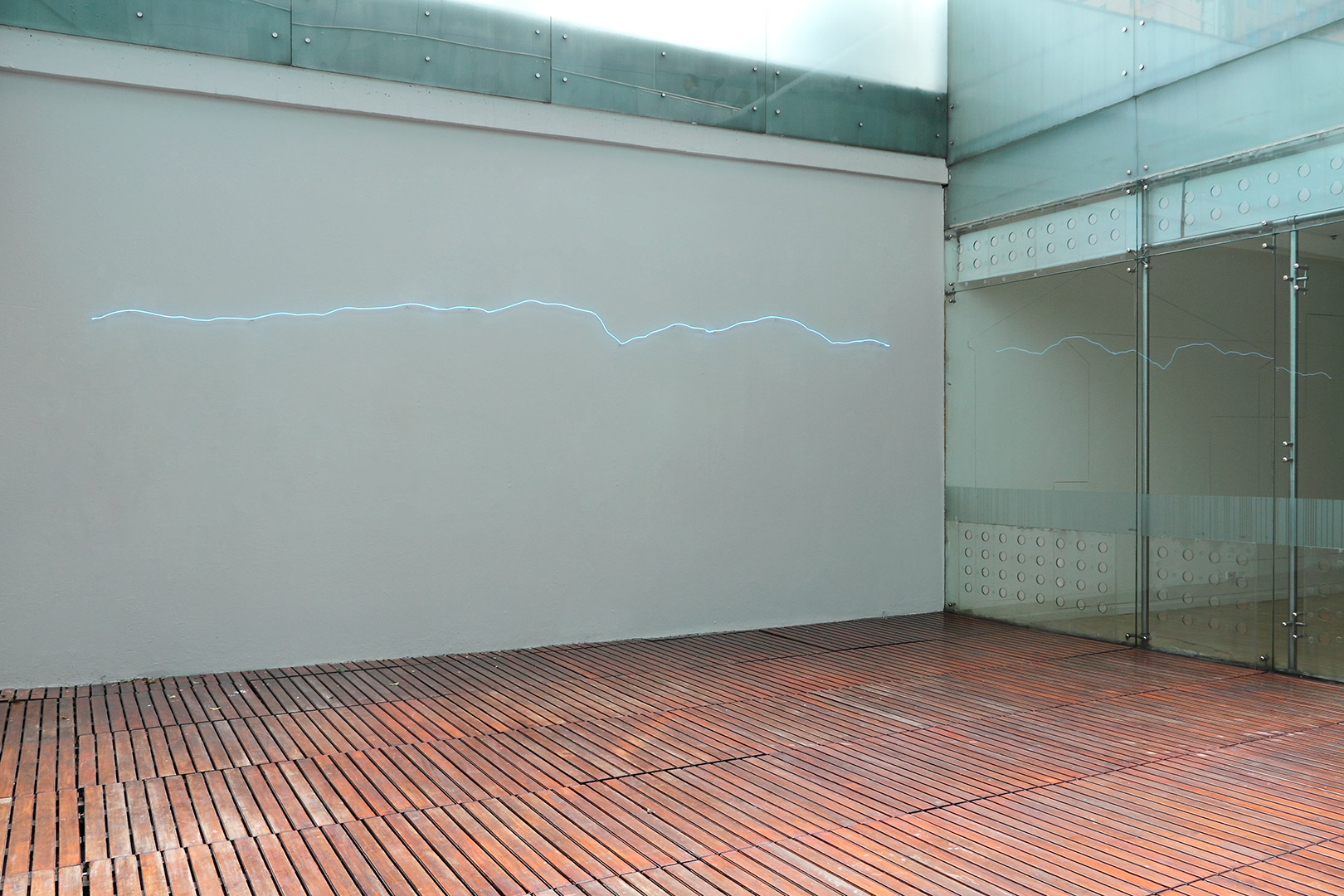 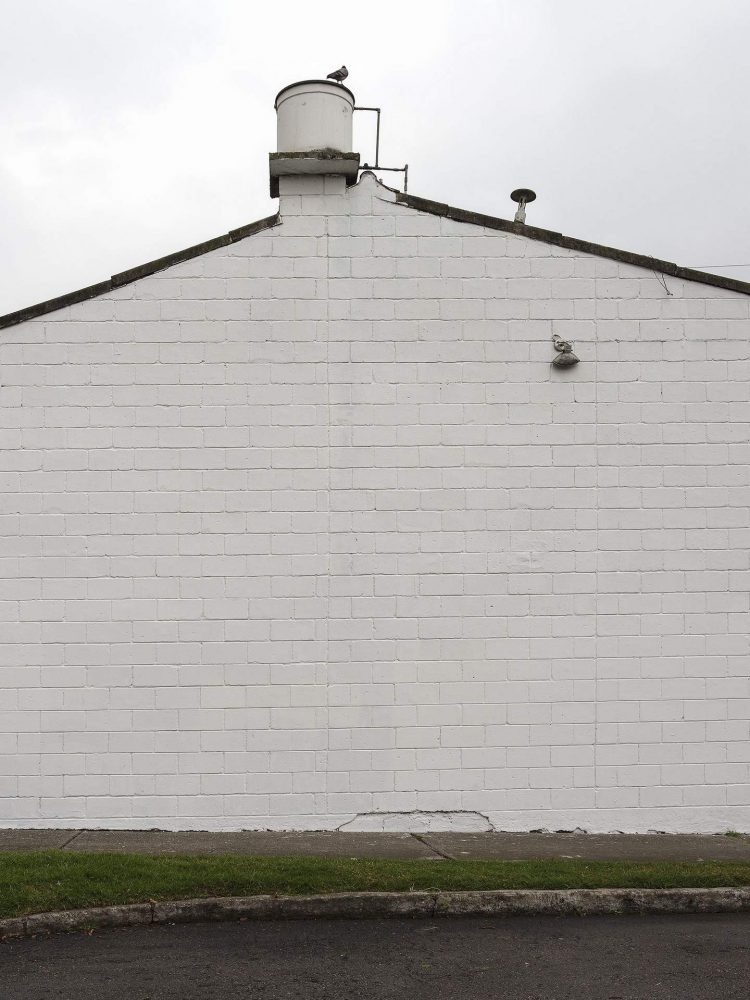 Continuing her interest in urban landscapes, Botero presents a series of photographs depicting the architecture and residential compounds from middle class neighbourhoods around the city of Bogotá. Botero is interested in notions of territory and power in relation to urban environments and the way in which houses and buildings are inscribed with the successive history of urban development. Her tight framing decontextualises the buildings, forcing the viewer to focus on their formal characteristics: colour, shape, line, material; those aspects that usually remain unnoticed. In this way, her photographs become portraits, simultaneously revealing and concealing the identity of the city. Botero’s video produced as part of this project, entitled Numerología (2015), consists of a series of still images of the city, documenting her observation of numerous address plaques on the same buildings, portraying a sense of time, change and movement due to rapid urban transformation. Consequently, Botero introduces an interesting dichotomy between the stillness of the images and the movement they imply, effectively communicating a sense of unease and tension between security and instability that permeates the present. Additionally, Botero presents a 7 metre neon line mapping her routes between different neighbourhoods from north to south of the city while also recalling the profile of the mountains that characterise the city, strikingly condensing the topography of Bogotá into a single line. Similarly, Botero abstracts the forms of the buildings which she traces directly on the wall, mapping the contours of the architectural structures that shape the image of the city. Moreover, Botero overlaps the lines, producing new geometrical forms that emerge amidst the chaos.